You’re looking at the only bear in the world that spends its whole life in a desert. The Gobi bear is found in the Mongolian part of the Gobi desert – and nowhere else. It was first discovered over 75 years ago, but scientists still don’t know much about it. It’s thought there may be fewer than 40 bears living in the Gobi. Can these incredibly rare bears continue to exist in this extreme environment?

What is the Gobi bear?

Where does the Gobi bear live? Gobi bears live in a part of the desert called the Great Gobi Strictly Protected Area (GGSPA). This is one of the world’s largest nature reserves, but it’s a tough place to be. Gobi bears are forced to travel large distances across the dry, dusty desert in search of an oasis. Here, they have a chance of finding food and water – the bear necessities of life!

Why is the Gobi bear endangered?

Because there are so few of them, Gobi bears are in great danger of becoming extinct. Anything that threatens their survival can have a huge impact, such as: A remote camera captures a Gobi bear in a waterhole.

How are Gobi bears being helped?

The Gobi Bear Project is helping the government of Mongolia to protect its Gobi bears by:

What's the future for Gobi bears?

Exciting news: scientists think the number of Gobi bears in the GGSPA could be slowly increasing! If these super tough mazaalai can survive in this harsh habitat, then maybe – with our help – the Gobi desert will be home to them for many more years to come.

Enjoyed reading this feature? Find out more about incredible Gobi animals in issue 53, The Gobi Desert! 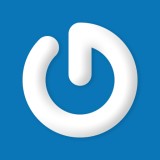 25 years ago in Mongolia, two scientists from WWP gave me a piece of Gobi bear droppage that I kept until today. What a souvenir!