1. They march endlessly to find a mate

Every year (around April), emperor penguins take an extraordinary journey. They march all day and  night, without stopping, across snow and ice to their breeding grounds in Antarctica. The journey can be up to 110km long (68 miles), and takes about a week. The penguins waddle in a long line, one after the other, sometimes tobogganing (sliding on their tummies) to take the weight off their feet. At the end of the trip, each penguin finds a mate, and together they produce one pear-shaped egg. When an emperor penguin egg is laid, it is about 13cm tall (almost  half the height of an A4 piece of paper). The mother leaves her egg to return to water to feed. Before doing so, she passes the egg carefully to the father, who balances it on his feet.  It mustn’t fall on to the ice or it might freeze. He covers it with his  brood pouch (a warm fold of skin) to keep it warm. The father looks after the  egg throughout the harsh, bitterly cold winter. There is nowhere to shelter in Antarctica,  so male emperors huddle together to keep warm. The winds howl and gust up to 200km per hour. Temperatures drop to minus 50°C. It’s warmer in the centre of the huddle, so the males take turns. They sleep standing up. The father has to keep the egg warm for more than two months until Spring. 3. They starve themselves for 125 days

In spring, the chick hatches. It is covered in woolly down, and snuggles between its  father’s legs to keep warm. The father hasn’t eaten for 125 days, and can’t  go to feed until the chick’s mother  returns. When she finally arrives in July,  the father moves the chick to its mother’s feet  for food and shelter, and he then returns to the sea. When the father has fattened up with fish, he comes back. He listens out for his chick’s own special whistle to find it again. To start with, the mother and father take it in turns to find food. But when the chick is big enough, it waits in  a crèche with other chicks while its parents go to sea together. The chicks huddle together to keep warm, just as their fathers did during the winter. 4. They are the Olympic divers of the bird world

Leopard seals eat about 15 penguins a day. Any emperor penguin needs to be fast and stealthy to avoid being eaten. Although penguins look a bit clumsy on land, they are agile in water and can swim very fast. They can reach depths of over 500m and stay underwater for up to 22 minutes without coming up to the surface to breathe. The deepest recorded dive was 564m, while the longest was nearly 28 minutes. Incredible! 5. Their poo can be seen from space!

Penguin poop is very, very smelly, and can be seen from space! As penguins huddle in such vast numbers, their collective poo stains the Antarctic ice reddish brown. A survey led by British scientists in 2012 used satellite technology to identify emperor colonies using their poo stains, left on the ice at breeding sites. It helped them discover a number of previously unvisited colonies. It is estimated that there are around 54 Emperor colonies in the Antarctic. 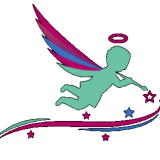